John Pope, Chairman of Cargo Transporters, Inc. announced the promotion of Dennis Dellinger, to President and Chief Executive Officer. “Dennis has served the company for over 30 years in various capacities. Year after year, Dennis has proven to be an outstanding leader in our organization as well as the industry,” says Pope. “He has a vision for what his operation should be and how to achieve those goals. I am very proud to have Dennis as a core part of our team.”

Dennis Dellinger, in his newly appointed position as President and Chief Executive Officer of Cargo Transporters announced multiple promotions within the company.

Dellinger said, “I am pleased to announce these well-deserved promotions, which will broaden our leadership team. The promotions reflect the contributions each have made in their respective roles, and the growth they have shown in each of their past positions.”

Jerry Sigmon, Jr. is now the Chief Operating Officer. Jerry joined the Cargo team in 2000. He is responsible for all the day to day operations, including the staff, equipment, and operating systems. He has six direct reports, and is responsible for Operations, Recruiting, Customer Service and Logistics. In addition, to his role at Cargo Transporters, Jerry serves on the Board of Directors for The North Carolina Trucking Association, where he currently holds the office of Chairman. Jerry and his wife, Heather, reside in Claremont with their two daughters.

Adam Heavner has assumed the role of Vice President of Sales. Adam began his career with Cargo in July of 2008, after attending University North Carolina at Charlotte. Adam will have four direct reports and is responsible for Accounts Receivables, Pricing, Rating and Billing. Adam has previously been involved in all these areas. He and his wife, Tabitha are the parents of three boys and one daughter.

Jerry Sigmon, Sr. will continue, in the role of Executive Vice President. Jerry will be responsible for general operation analytics, strategic planning, budgets, models and macro pricing. Jerry began his career with Cargo Transporters in 1982 as one of the original employees of the truckload carrier and was the company’s first Manager of Operations. He and his wife, Janice live in Claremont. They are the parents of two sons, Jerry Jr. and Scott and the grandparents of four.

“We are excited that Jerry, Adam and Jerry will be leading these areas. We are confident that each these individuals’ abilities are well suited for and will be instrumental in our company’s growth and success” says Dennis Dellinger.

Cargo Transporters is a truckload carrier operating 525 trucks serving the continental U.S. Based in North Carolina, the company operates terminals in Claremont, Charlotte and Rocky Mount. The company employs over 700 people. 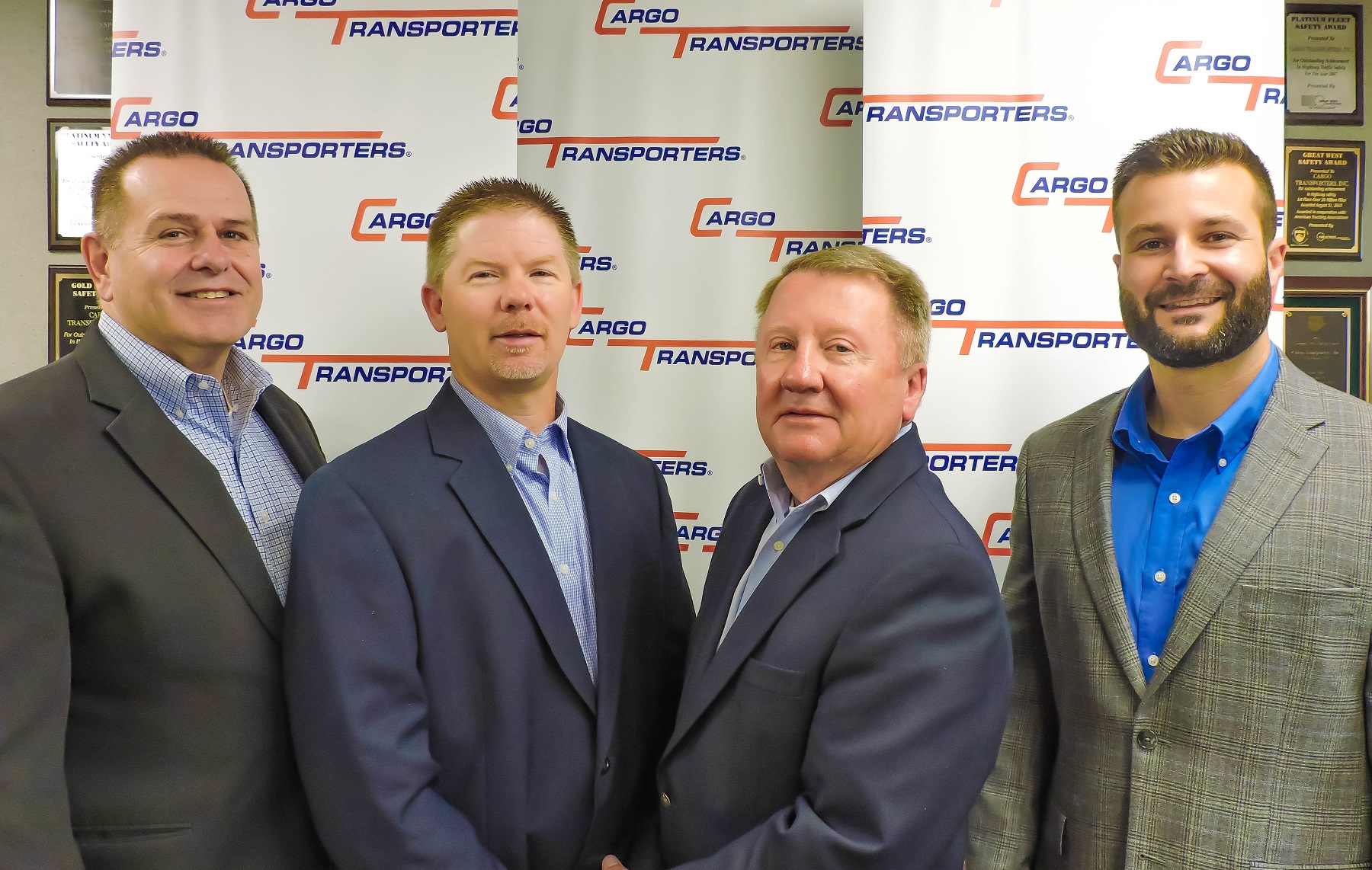